The hip is one of the most important joints for supporting the body’s weight during biomechanical movements and when standing. This is due to the anatomy of this joint area, in which a series of ligaments and muscles come together to act precisely with the bones.

From this, it is known that the hip is highly susceptible to injury. For this reason, it is important that you know which are the most frequent ailments of this joint and how to treat them. Take a look at all the information we have prepared for you in a simple and precise way.

Parts and anatomy of the hip

Below, we will show you the parts and human anatomy of the hip:

The bones that make up the hip are the ilium (the upper part of which is known as the iliac crest), the sciatic spine, the ischium, the sacrum, the pubis, the acetabulum and the coccyx. The sciatic spine, in women, is displaced in relation to the pelvic cavity, the latter being much more open in the case of women so as not to obstruct the birth canal.

Within the hip are also the sacroiliac and coxofemoral joints. The first joint connects the iliac crest to the lumbar spine, forming the characteristic movements of the lower back. The second joint connects the head of the femur to the socket of the acetabulum, enabling the person to walk and perform other movements according to the amplitude of this joint body. 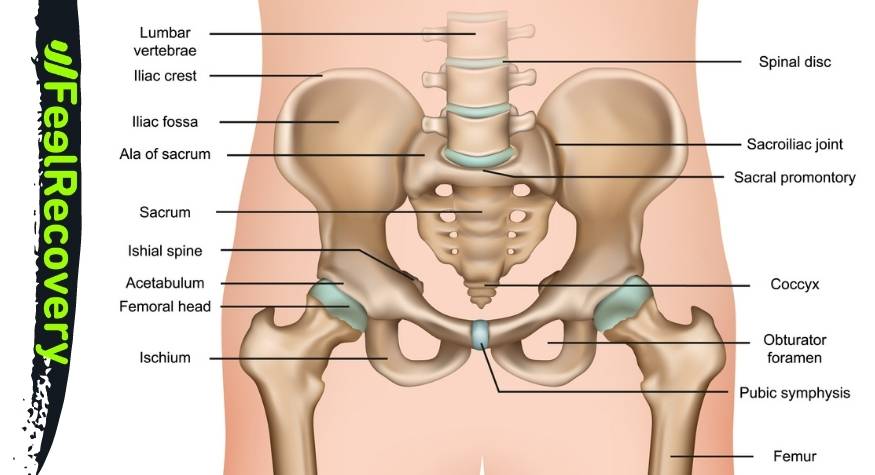 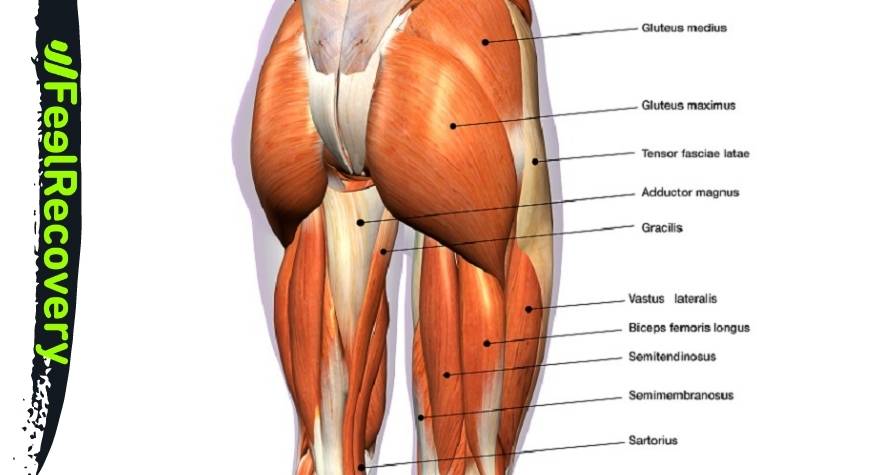 Within the structure of the hip it is possible to find an arrangement of ligaments that help the functioning of this part of the body. 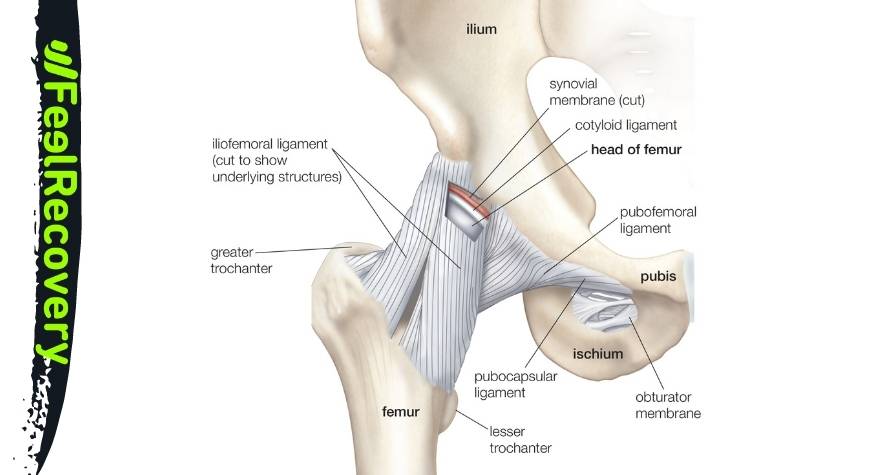 Best products for hip and lower back pain relief

Biomechanics of the hip joint

Thanks to the ligaments, muscles and bones in the hip, it is possible for the human body to perform different joint movements.

These are discussed below

The diseases that can be generated in the hip are:

Sports injuries to the hip

What we have mentioned so far are the injuries that are generated in the hip according to the diseases. What we will look at next are the contusions that occur in this area with different sporting activities in mind.

Diseases and ailments in the hip 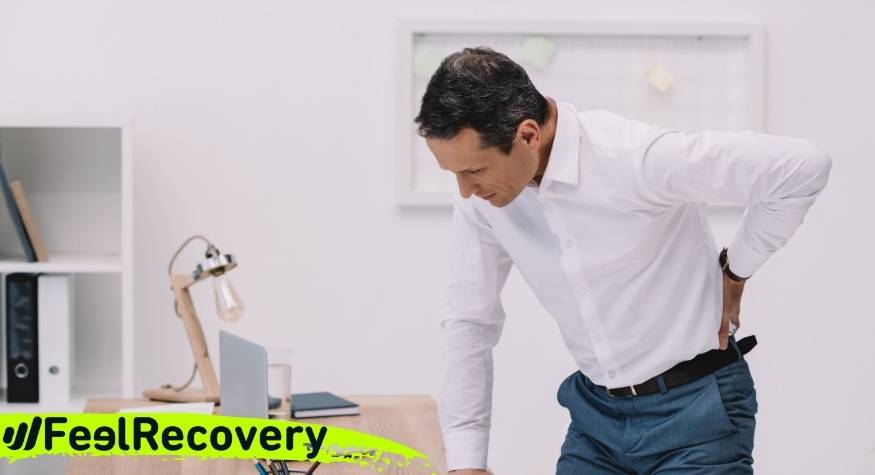 In addition to cancer and aggressive congenital diseases, it is possible for the hip to suffer from some diseases that we have not yet named. Read on to find out what these conditions are.

Osteoporosis is a disease that weakens the strength of the bones causing them to become more fragile, which leads to an increased likelihood of hip fractures. There are different causes for this low bone density, the most common being the patient’s age and genetic background.

Hip dislocations arise when there is a loosening at the ends of the bones, causing them to lose their normal position. This can be caused by trauma, blows and activities that place stress on the hip joints. In newborns this is called developmental dysplasia.

Lack of blood supply to the cells within the bone matrix, the osteocytes, causes the stiffness of the bones to be reduced. This causes the bone structure to be weakened and it can break more easily.

Displacement of the femoral epiphysis

When the epiphysis, which is located in the femoral head, slips, either due to trauma or congenital malformations, it causes instability in the hip. Its solution requires the use of pins.

How can we relieve hip bone pain through complementary and non-invasive therapies?

It is possible to apply different complementary hip treatments which are non-invasive and help to relieve bone pain. We will show you below what each of these therapies is about.

To alternately apply cold and heat to the hip , it is possible to use thermal pillows heating in the microwave and cold gel packs. This provides an anti-inflammatory effect on the muscles, ligaments and tendons located in this area. The application of this therapy should be supervised by the doctor to avoid future injuries, but it is important to note that it cannot exceed 15 to 20 minutes of application in total and should start with the warm temperature.

The hip is one of the most complex joints to recover from. For this reason, lumbar supports, sacroiliac belts and elastic bands are used in non-invasive treatments to hold the hip bones, muscles and tendons in place. This provides a constant and ideal pressure to improve blood circulation and reduce inflammation of the tissues.

This therapy helps to reduce inflammation and pain in the hip caused by injuries. The aim of this treatment is to restore the patient’s mobility as quickly as possible. Different techniques are used for this purpose, the most common being the use of a back massage chair or an electric vibrating ball. Although it is also possible to use physiotherapists to obtain these benefits.

Massage using constant pressure on different areas of the body stimulates the exchange of oxygen between the blood and the soft tissues. This helps to reduce inflammation, restore hip joint movement and reduce the sensation of pain when walking or bending over. This can be done by choosing a physiotherapist or manually using products that fulfil this function, the most commonly used being compression pillows and mats, rollon massagers and hand rollers.

The application of heat to the hip is beneficial in stimulating blood flow to the area and reducing the symptoms of the injury. To use thermotherapy it is necessary to use products that generate heat, which can be used personally or by a professional. Among these products are thermal pillows and packs with hot gels, which are applied directly to the affected area. It should be borne in mind that the sessions cannot exceed 15 minutes and can be applied 2 to 3 times a day to avoid more serious risks.

Cryotherapy helps to reduce swelling of the hip tissues and improve blood flow to reduce pain in this area. Your doctor may recommend immersion in cold chambers or the use of non-invasive products to help get the benefits of cold. Items that are applied directly to the affected area may include cold gel balls or multipurpose packs with special liquids.

Muscle electrostimulation, or EMS, is a therapy that consists of stimulating muscle contractions through the use of electricity, so as to achieve an effect of activity and hypertrophy as in the gym, but without the need to go to any sports center. This means that you can put your muscles to work without leaving home.

This is a technique that seeks relief from pain and some physical ailments through the application of electrical and electromagnetic energy, among other variants, through the skin with the use of conductive pads called electrodes. It is a very safe type of therapy and must be applied by a physical therapist specialized in the manipulation of electricity to treat some kinds of ailments.

Also known as myofascial induction, this therapy consists of the application of manual massage to treat the shortening and tension generated in the myofascial tissue that connects the muscles to the bones and nerves. For this purpose, various massage techniques are used that focus on the so-called trigger points.

Vibration or percussion massages are precise, rhythmic and energetic strokes on the body to achieve relief from some annoying symptoms when muscle fibers are tightened, often by a high workload on them and that has left trigger points in the muscle fibers.

The R.I.C.E. therapy is the first and simplest of the treatment protocols for minor injuries. It appears in the sports field to deal with accidents involving acute injuries. For many years, it has been considered the most suitable for its speed and results.

Myofascial pain points or trigger points are knots that are created in the deeper muscle tissues, causing intense pain. The pain does not always manifest itself right in the area where the point develops, but rather this pain is referred to nearby areas that seemingly do not appear to be related. In fact, it is estimated that more than 80% of the pain they cause manifests in other parts of the body.

Other non-invasive treatments that we have not mentioned so far can also be used to treat the hip.

Read on and you will find out what they are all about:

More areas of the body 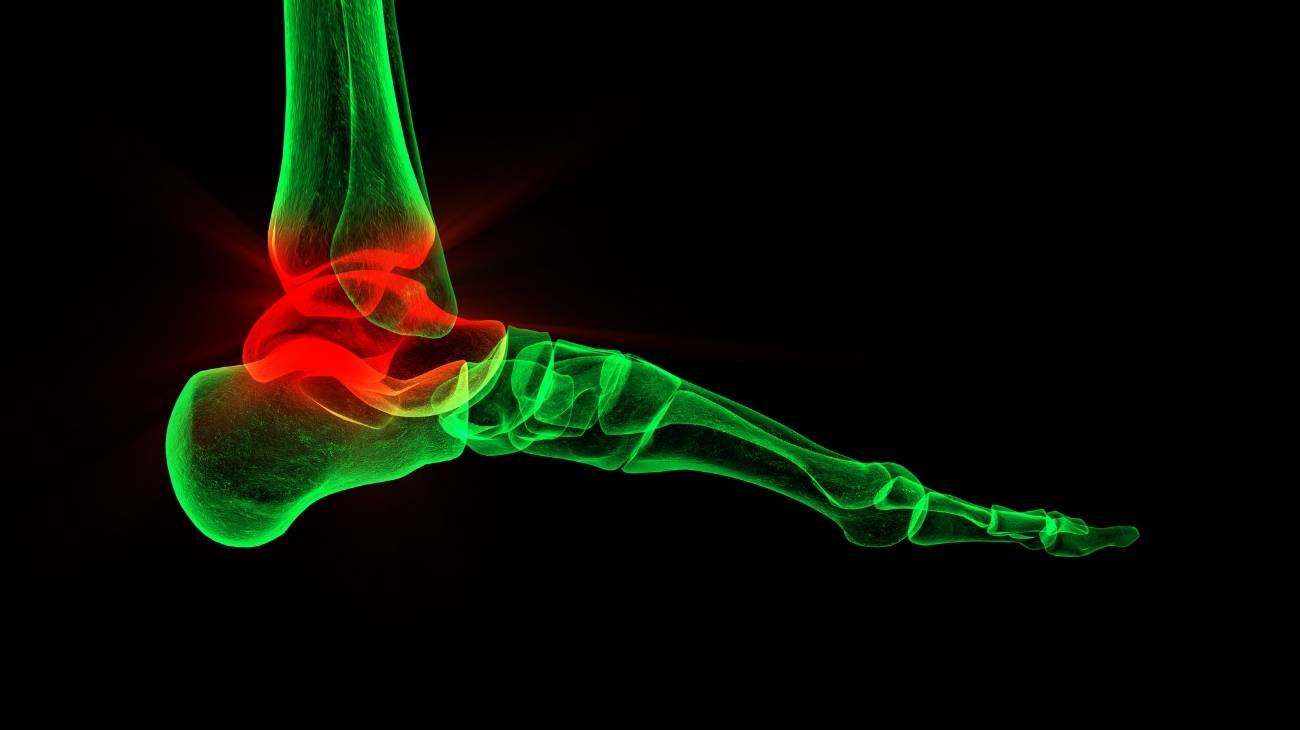 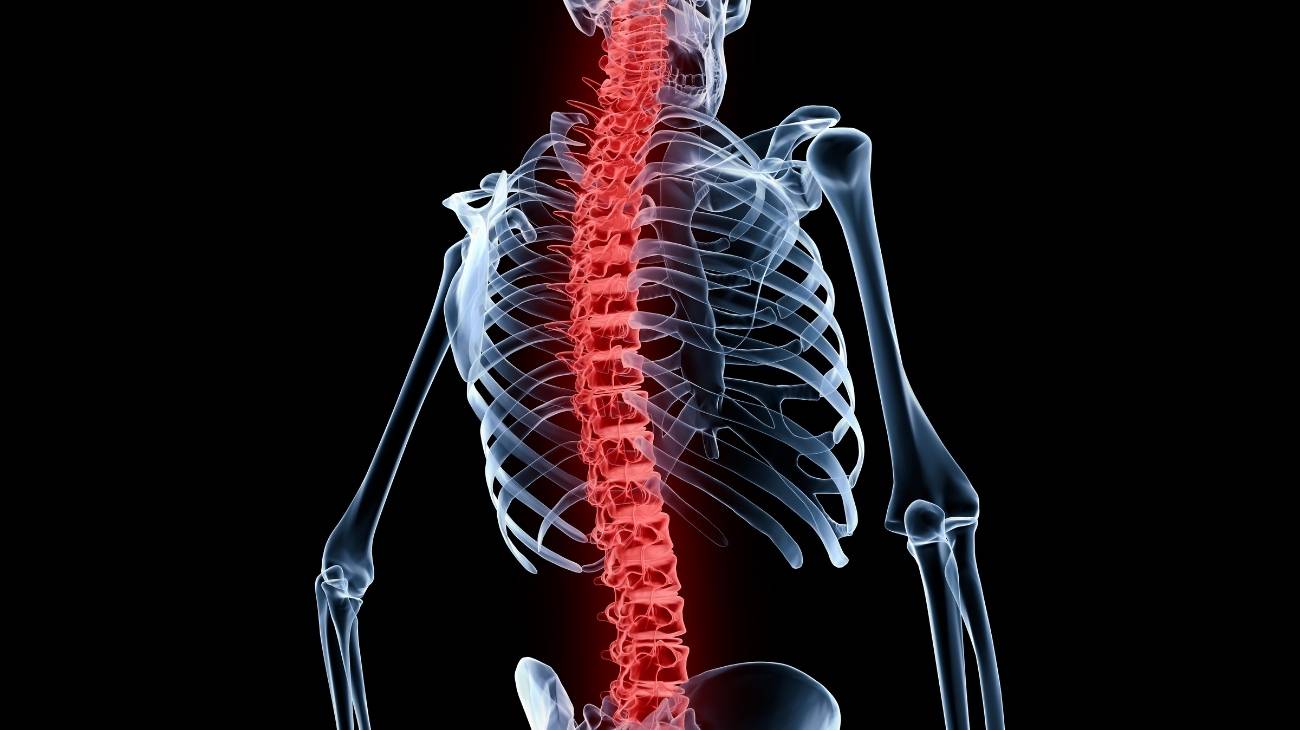 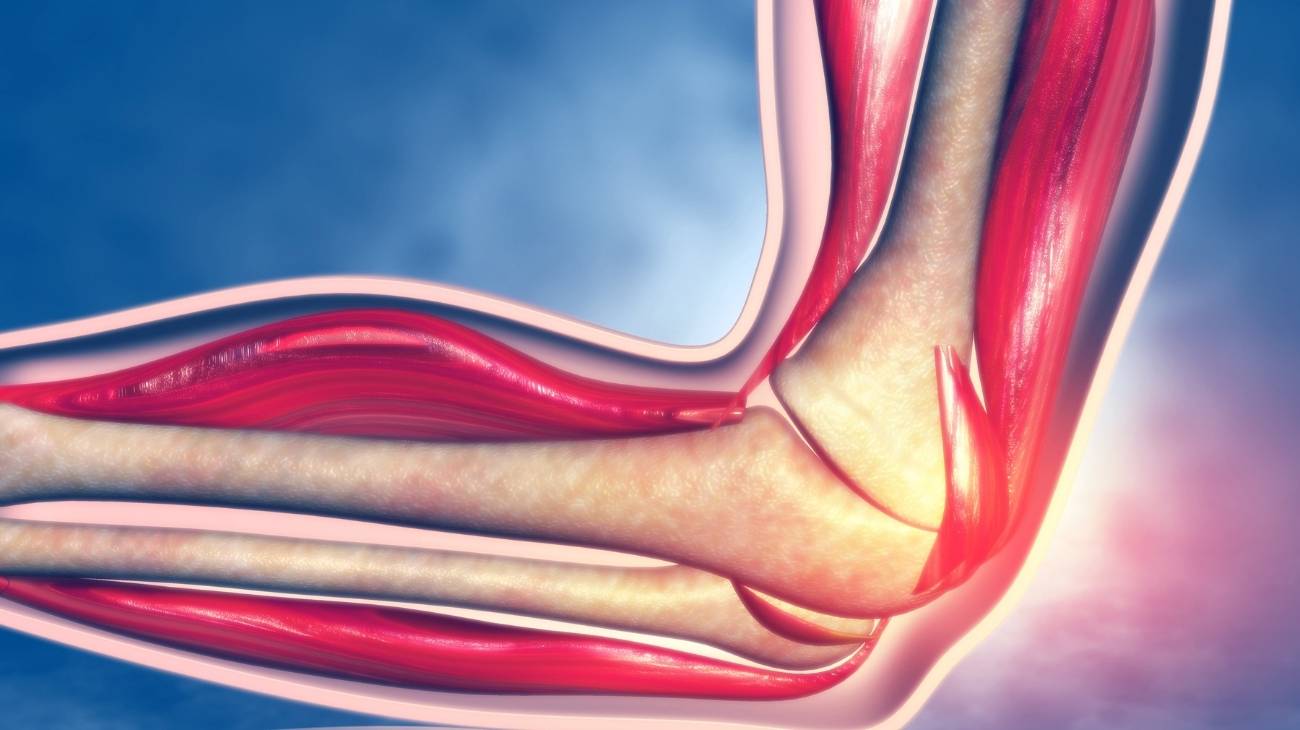 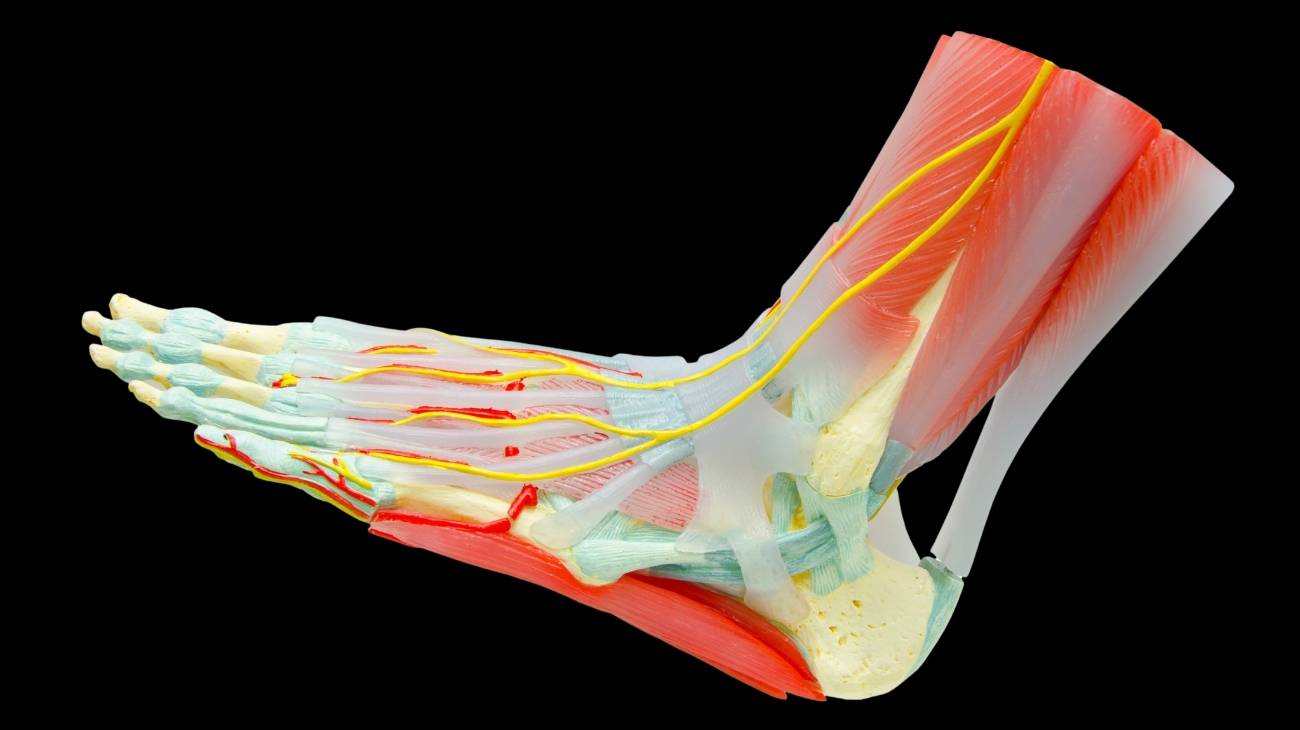 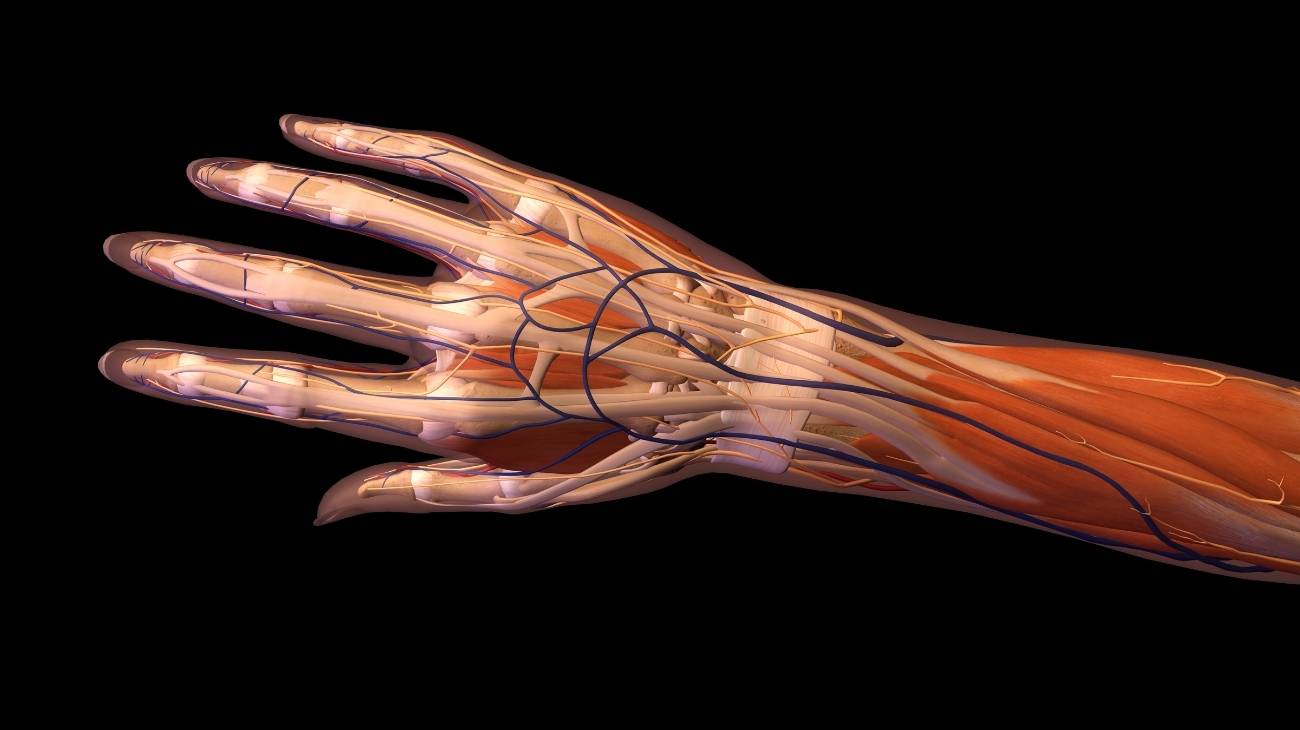 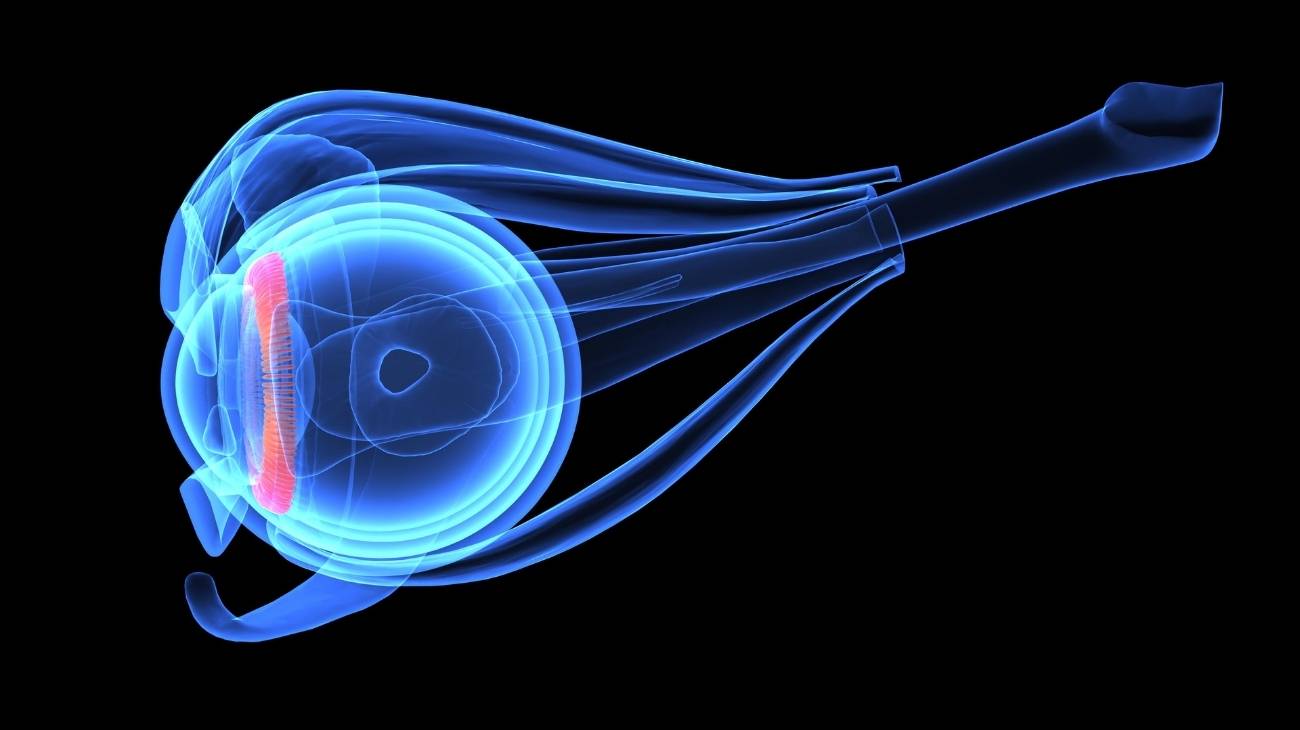 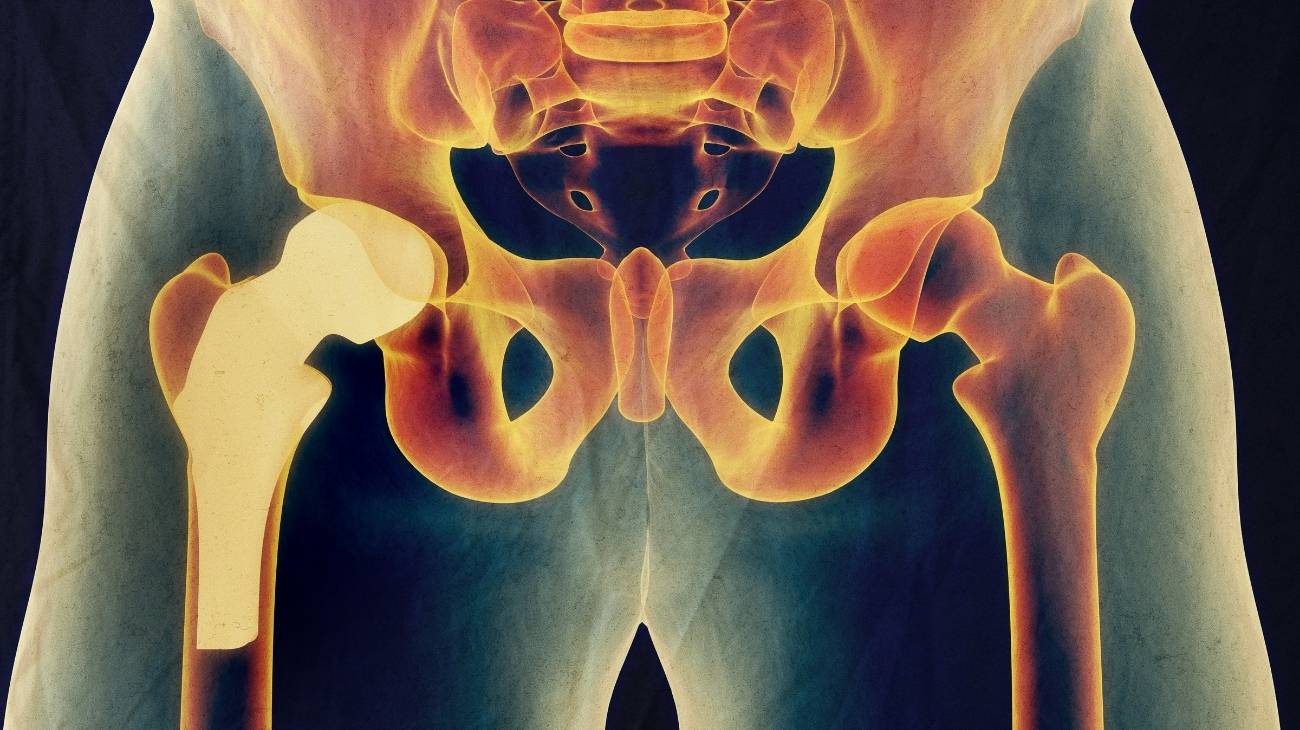 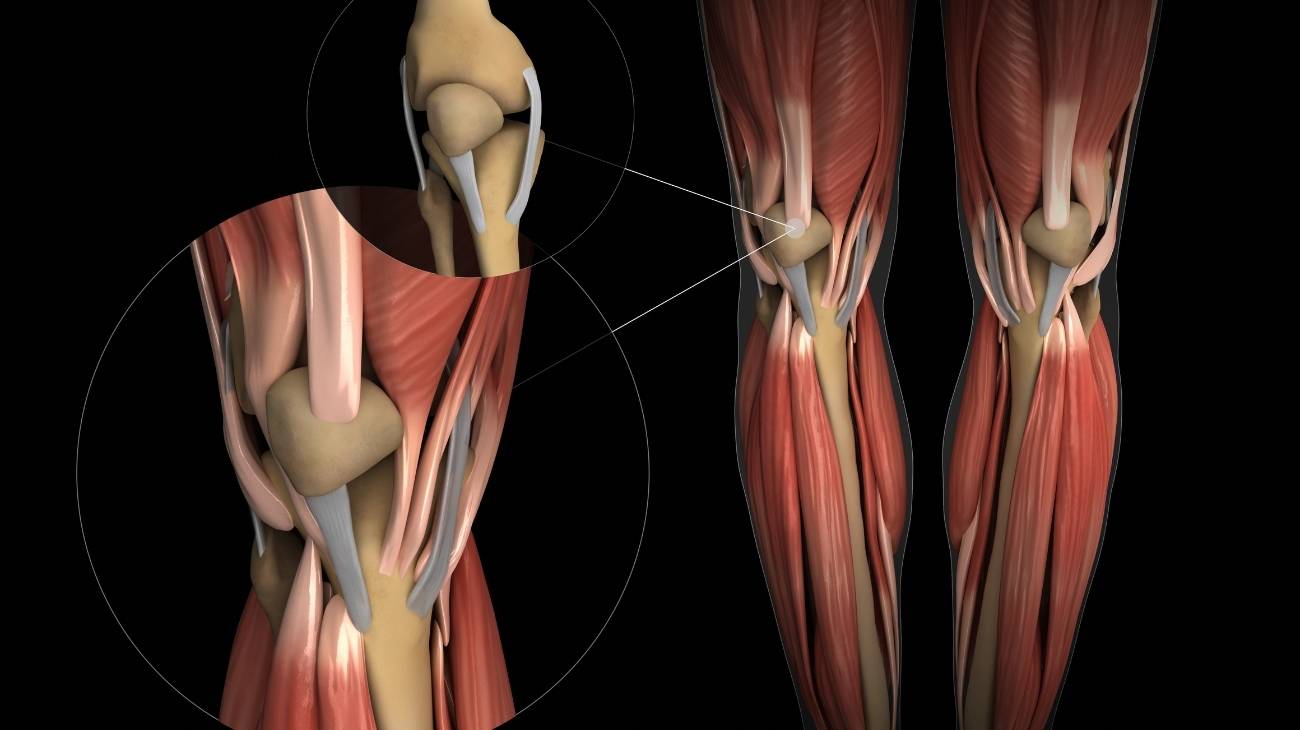 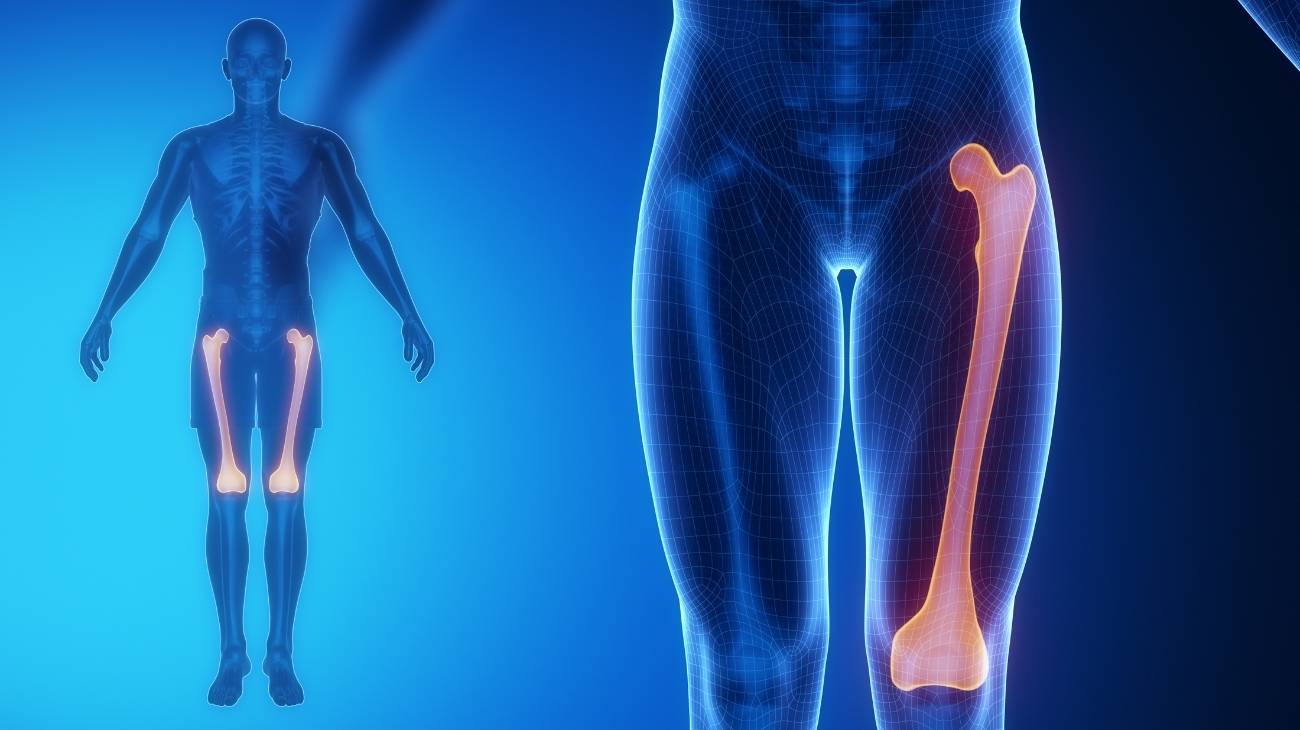 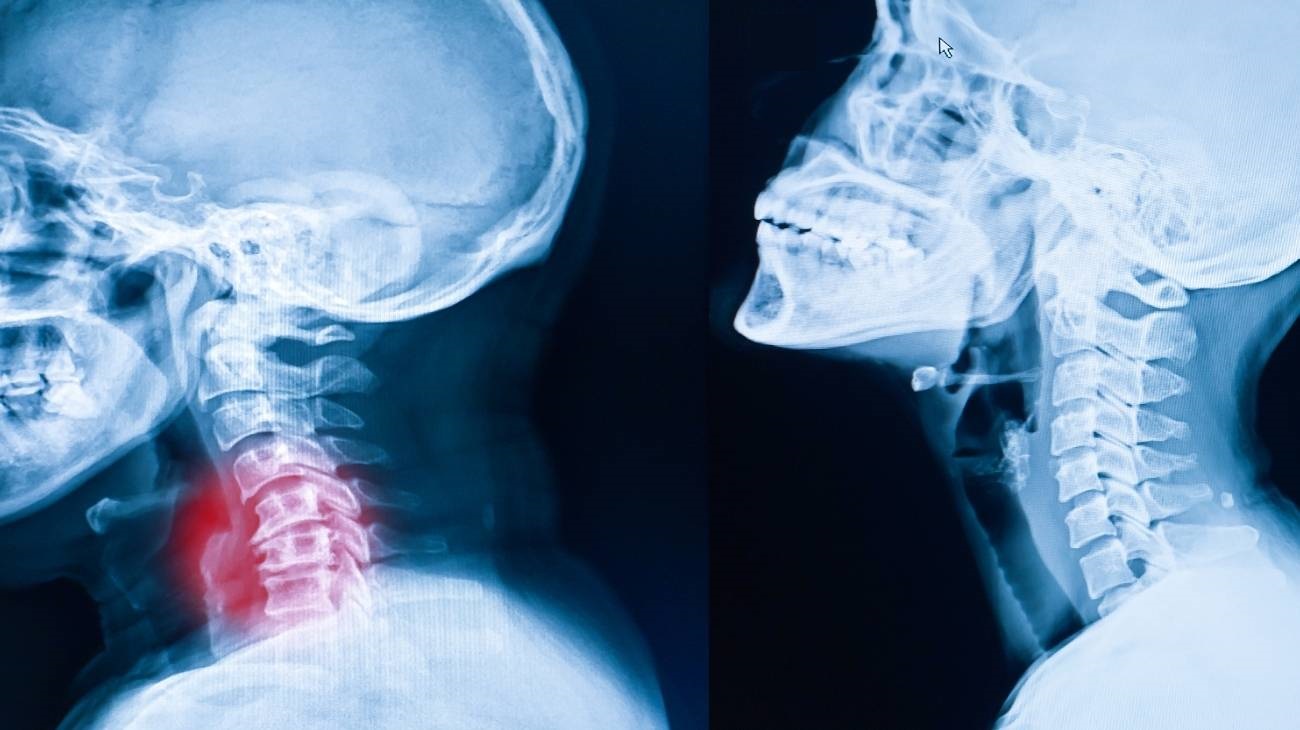 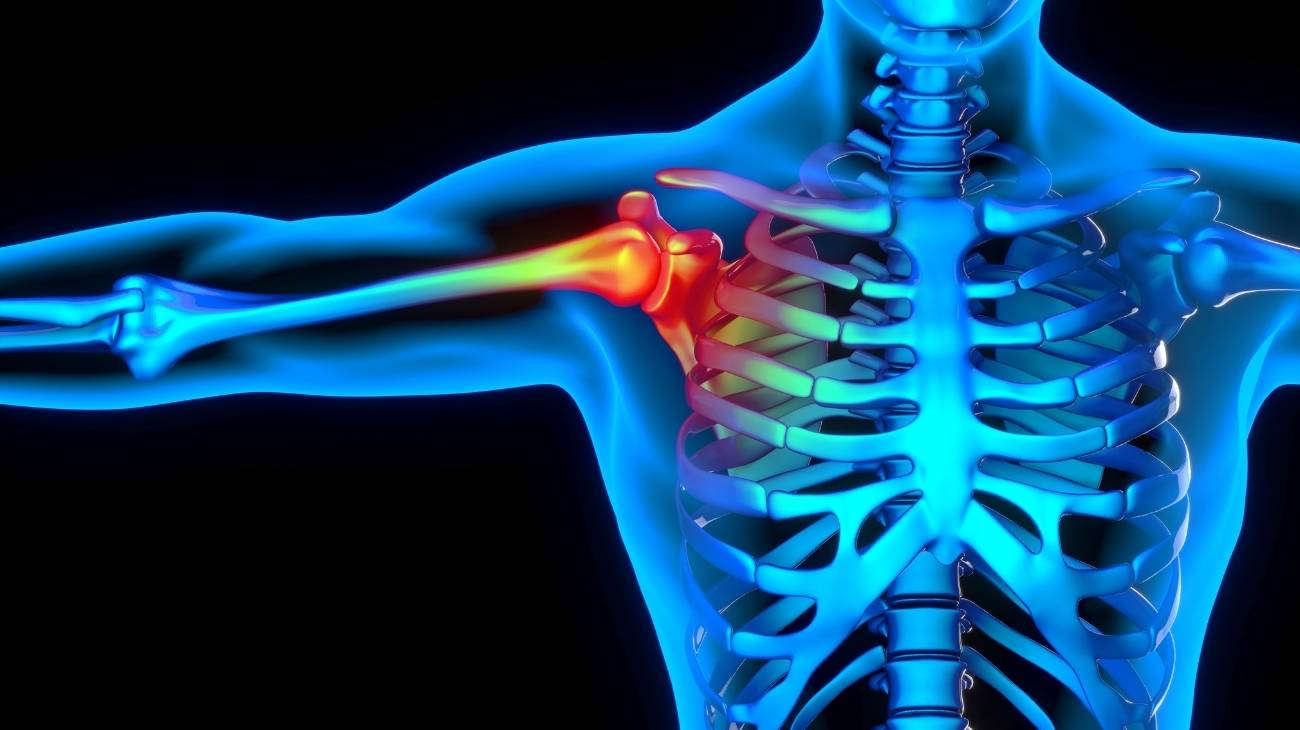