Home » TENS & EMS Units » What are the health benefits, uses and side effects of the TENS Units?

Transcutaneous electrical nerve stimulation (TENS) is one of the best therapies for pain relief in injuries. This method has been exploited to the maximum by elite athletes for years, but for some time now it has also been made available to fans of high-impact sports.

This is largely thanks to TENS machines, which are affordable and provide the same quality of stimulation as professional equipment. Today you will learn in detail about the main uses, benefits and side effects of these machines.

What are transcutaneous electrostimulation machines and how do they work? 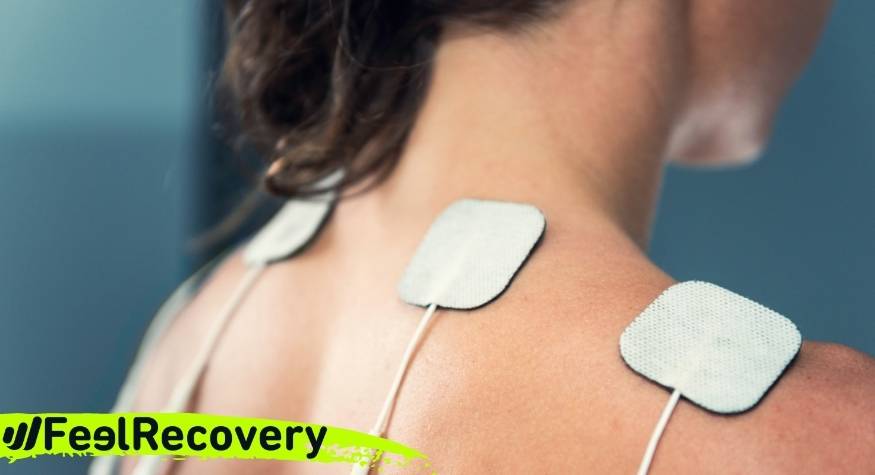 They are machines that are used to deliver low-frequency current through the skin to stimulate nerves and inhibit the transmission of nerve impulses responsible for communicating pain to the brain. The key to their operation lies in the intensity of the electrical impulses they emit, which are sufficient to generate changes in the body’s natural nerve communication, but without damaging its functioning and causing side effects.

Moreover, they are not only based on their ability to block the nerve signal transmission system that communicates pain to the brain, but also to stimulate the generation of endorphins and improve blood flow. The fact that they can affect the pain transmission system does not mean that they alter it completely, you will still feel some pain, but it is these last two characteristics that enhance the analgesic effect sought by these therapies.

However, it is important to know that TENS machines are not curative, but analgesic. That is to say, they are not a way of curing pain, but of relieving it when it appears. Although they are used in recovery processes, their function is not to accelerate it, but to help make the process more pleasant. In the field of electrostimulation, methods such as electrical muscle stimulation or interferential current are used to heal and speed up recovery from injuries.

What are the health benefits of using TENS machines?

TENS electrostimulation machines have three main benefits which in turn mean that they can be used to treat a wide range of ailments.

These benefits are as follows:

What is TENS units used for and what are its uses in physiotherapy? 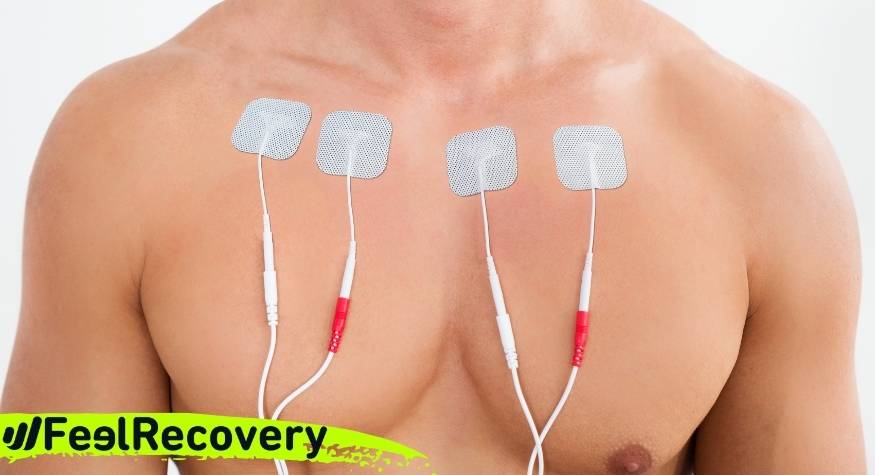 TENS machine is one of the most widely used therapies today in patients undergoing rehabilitation from injuries. Its main use is to make the recovery process easier for professional and amateur sportsmen and women with muscular and joint injuries.

Among its main uses we can highlight the following:

Patients suffering from osteoarthritis or rheumatoid arthritis suffer intense pain as a result of the rubbing of bones that have lost their cartilaginous lining. This also causes joint stiffness and joint instability. Several studies have shown that these symptoms can be relieved by the application of TENS unit.

Because this therapy blocks the pain inhibitors, an analgesic effect is achieved which relieves the pain in the affected joint. This also applies to other types of joint cartilage wear such as osteoarthritis. In addition, the recurrence of pain is reduced as the blood circulation is improved and more endorphins are produced for a constant feeling of relief.

Relief from low back pain

Low back pain caused by strained muscles or ligaments in the lower back can become very painful and recurrent if the source of the pain is not properly treated. For pain relief, TENS therapy is recommended by specialists all over the world, especially during recovery processes that include massages which can be quite painful.

What you should do is to use the TENS machine at a frequency of between 1 and 4 Hz, and keep it active for at least 40 minutes and you will gradually feel a sense of relief that will extend throughout the day. This can also be applied to low back pain due to sciatica or herniated discs.

Fibromyalgia or myofascial pain syndrome are chronic conditions that cause severe pain that is caused by the accumulation of tension in the deeper tissues of the muscles. This pain can be treated with the help of TENS unit by using these machines constantly every day as their analgesic effect is very effective in these cases where the condition originates in soft tissues.

In addition, by improving blood circulation, greater oxygenation is also achieved in these tissues, which will make the pain less recurrent. Ideally in these cases, TENS therapy with myofascial release should be accompanied by Foam Roller or other deep massage therapy products.

Although the frequencies involved are so low that they can hardly be felt, TENS therapy is still electrostimulation, which means that in addition to the nerves it also has a slight effect on the muscles and ligaments. Specifically, the transcutaneous current causes the muscles to contract, which causes them to relax after a session of about 20 to 30 minutes.

This in turn generates a release of accumulated tension in them, which relaxes them and makes it much easier to feel the relief you are looking for after the 45-minute session. This is why short TENS sessions are sometimes used to relax the shoulders, legs and other muscles after training.

What are the risks and side effects of using transcutaneous electrostimulation units?

Transcutaneous nerve stimulation is known around the world to be a very safe therapy. The only real risk would be related to a fault in the machine being used; a short circuit or configuration error that generates an increase in voltage and frequency in the current used.

What is known is that its use is discouraged in cases such as the following:

Percutaneous nerve stimulation is another well-known stimulation therapy. It involves direct stimulation of a nerve, which leads to more specific changes in the behaviour of the nerve. For this, electrodes are surgically inserted under the skin, or with the insertion of needles similar to acupuncture, which will transmit the stimulating current.

The main difference with TENS is precisely the method of application. While transcutaneous stimulation is limited to transmitting the stimulation through the skin, PENS is more invasive and involves the insertion of external material into the patient’s skin.